How Lack of Sleep Makes it Difficult to Lose Weight 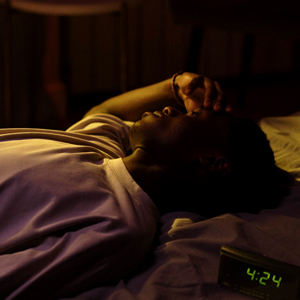 Believe it or not, but sleep apnea, TMJ and other sleep disorders can affect your weight, making it more difficult to lose those stubborn pounds and maybe even contributing to the ease in which you gain weight through normal activities. Some of it has to do with your metabolism when you have a lack of sleep and losing weight seems impossible, but the other side of it is due to how people typically deal with being tired or a lack of sleep during the day - by eating more sweets and high-carb snacks.

When we're tired, we tend to look for the easy way out, taking shortcuts to alertness and our nutrition, and all those sugary sodas, energy drinks and snacks just sound so much better, especially when it comes to the ease in which these poor food and drink choices can be obtained whether we're at work, at home or on the go.

Studies also prove this out, showing that sleep deprivation causes weight gain, not weight loss as some people may assume - more waking hours, calories burned, etc. But the sleep and weight loss relationship is a bit more complicated than that, and scientists have found that we tend to eat more high-carb, late-night snacks when we're tired, on the order of twice as much fat as those who got a full eight hours of sleep.

We also tend to eat larger portions when we're running a sleep deficit as our bodies send signals to the brain to pick out energy-rich, high-carbohydrate foods.

The Importance of Sleep for the Metabolism

If you've ever tried to stay up through the night and into the next day, you know how important sleep is for the brain. Without a solid night's rest, the stress hormone cortisol will spike, triggering your body to conserve energy. That leads to fat retention, which means that your lack of sleep will make it harder to lose the weight even if your behavior doesn't change at all.

In fact, researchers have found that cutting back on sleep over a two-week period led dieters to lose 50 percent less weight compared to regular sleep, even with no dietary changes. When asked about their meal satisfaction, participants also reported being hungrier and less satisfied after meals, with less energy throughout the day.

Furthermore, a lack of sleep can cause your body to not be able to process sugars via insulin, with measurable drops of more than 30 percent. That means converting less of the sugar into energy, storing it as fat instead. Unfortunately, the opposite doesn't work - sleeping more to lose weight - but a lack of sleep can mean difficulties in losing weight in various ways.

How To Get a Better Night's Sleep

It's easy to stay up until all hours of the night with all the distractions and screens at our disposal today. From TVs and computers to tablets and phones, overstimulation is pretty much a given if you're consuming media or interacting with others when you should be sleeping. That's why it's a great idea to put the phone and computer away when it's time to sleep -- the bedroom is a place for relaxation, not mindlessly consuming content until your brain goes numb.

To help make the transition to sleep, try developing a bedtime ritual. Instead of settling in for some social media on the phone or a movie on the tablet, meditate or grab a book to read. Consistency and ritual is important for creating a natural sleeping pattern, and the more you can stick to a schedule the less likely it is that you'll suffer from a lack of sleep and the difficulty in losing the weight that comes with it.

It's also important to watch what you eat. When you're tired, you'll tend to reach for the fatty, sugary stuff, but if you put your mind to it, you can overcome the body's natural predilection for foods that will drive weight gain, achieving the weight loss you have in mind. By avoiding heavy meals later in the day, as well as staying away from caffeinated beverages after about 2 or 3 p.m., you'll be setting yourself up for a great night of sleep.

Unfortunately, many of the same things that make it hard to lose weight if you're not getting enough sleep also applies to sleep apnea sufferers. But if left untreated, sleep apnea is more than just a barrier to weight loss, it can increase your risk of high blood pressure, heart attack, stroke, diabetes and the chance of an accident at work or while driving.

The good news is that sleep apnea is a reversible disorder. Cases of sleep apnea can be treated with lifestyle changes or medical devices that can keep the airways open, allowing you to breathe properly throughout the night without snoring or suddenly awaking.

For more on your sleep apnea treatment options, contact the experts at Raleigh TMJ and Sleep.